Inter-House Competitions (out of school)

On Wednesday 9th November, a team of Year 5&6 children took part in a local Basketball competition at Herne Bay High School. Team Hampton had 2 teams participating and were different groups!

Team 2 also played 4 matches and, although they didn't win a game, they showed great enjoyment & resilience throughout. As the games went on, the team improved considerably and were unlucky not to win some matches. Well done, Team 2!

Great effort to all the children involved who all showed amazing collaboration & aspiration!

Our year 2 children got to experience a Basketball development session at Herne Bay High. They took part in a range of activities to improve their basketball skills. All the children had a great time! Check out the pictures below!

It was the first event of the year for our pupils at Hampton, where a group of 10 Year 6 children took part in the OAA (Outdoor Adventurous Activities) Festival at Herne Bay High School. They were challenged with different tasks: orienteering, team races & tent building. The children showed collaboration, resilience and lots of enjoyment during the festival and were a huge credit to the school! Well done, Year 6! 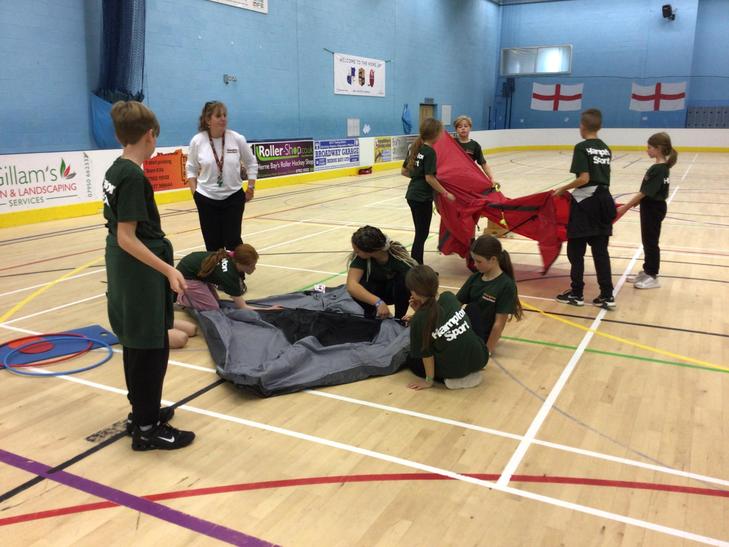 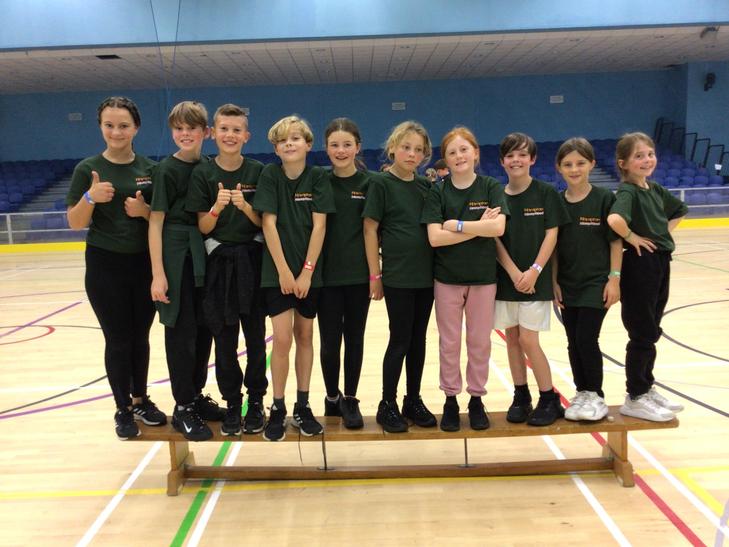 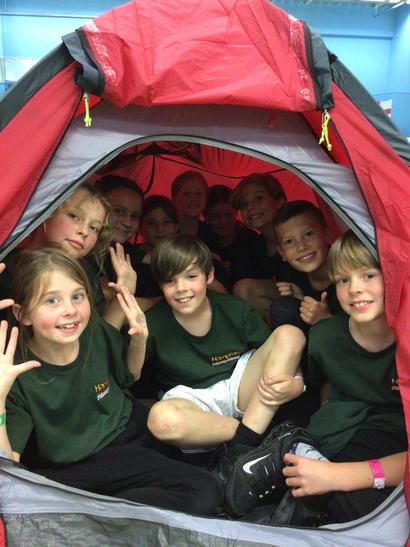 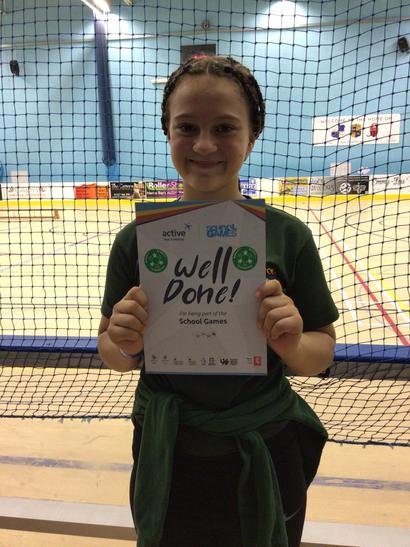 On Wednesday 2nd March 2022, a group of children took part in the Cross Country Competition at Herne Bay High School. The children were from Years 2, 4 & 6 and they competed against other local primary schools in a very competitive, high-standard Cross Country event. All of the children demonstrated our Hampton school values such as: resilience and independence. We could not be more proud!

The team played 4 group games, winning 3 and drawing 1. They progressed into the semi-finals where they lost to the eventual winners in a tightly fought contest. Due to this result, they had to play a 3rd place play-off to determine who finished 3rd overall... and Team Hampton won! They played some superb handball throughout the competition, working as a team and never giving up. Great work, Gabriel and Jessica (Year 5), Callie, Dylan, Johannes, Suzanne & Thomas (Year 6)! 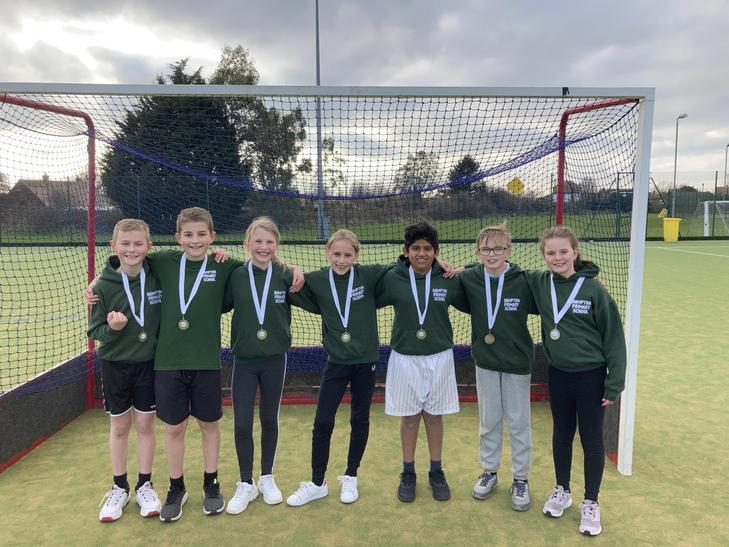 On Wednesday 30th May 2022, children across years 4, 5 & 6 competed in the Hockey competition at  Polo Farm, Canterbury. The year 4 team played in the morning whilst the year 5/6 team played in the afternoon. Both teams competed in group stage matches in which they performed magnificently, showing great collaboration and aspiration. Well done, Team Hampton!

On Wednesday 27th April 2022, a group of Year 3 children attended the Alternative Activities event at Herne Bay High School, where they participated in 3 different games: Tug of War, Caterpillar Rounders & Capture the Flag. The children had lots of fun, demonstrating great collaboration and enjoyment. 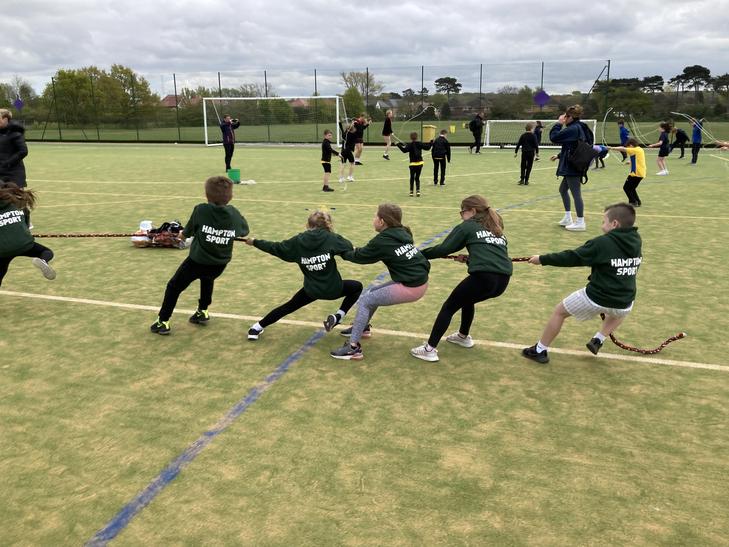 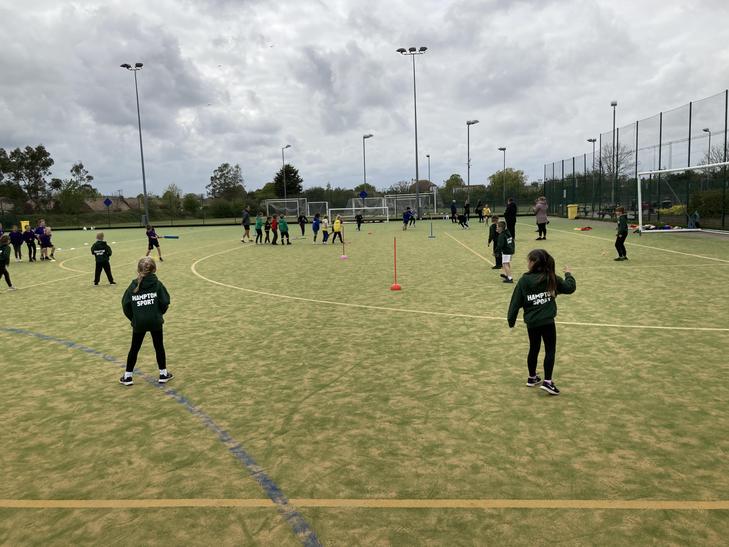 On Wednesday 4th May 2022, a team from Year 2 attended the local football competition at Herne Bay High School. The team were really excited to be playing against other schools and they managed to play 2 matches. Unfortunately, due to the heavy downpour, the competition was stopped and cancelled. However, it did not finished there; the children were able to play some different games in the Sports Arena against the other schools such as: bench football and running races. The children had lots of fun and enjoyed the games they took part in.

On Wednesday 18th May 2022, 8 children from Year 6 attended the O.A.A. event at Herne Bay High School. The afternoon consisted of 3 different activities: river crossing (working as a team to cross a river setting using different objects); map reading (using a map to find hidden objects) and tent building (working with other schools to construct a tent and then dismantle it). The children showed great collaboration and used effective communication skills throughout to solve the problems within each activity. 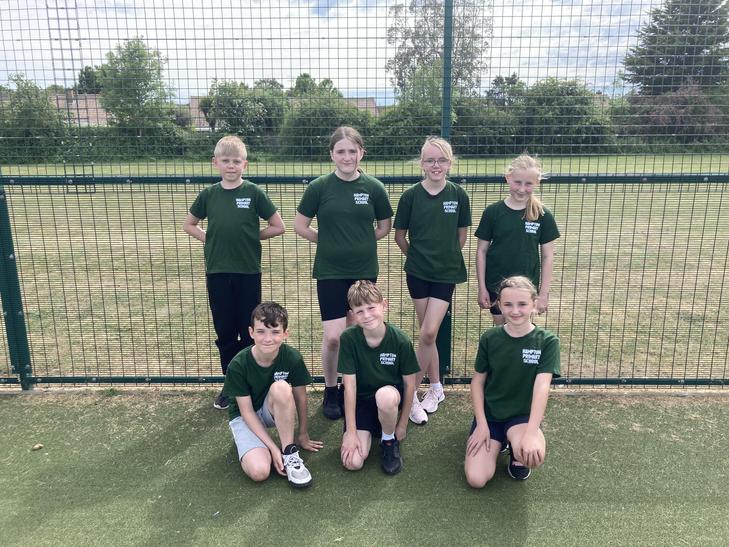 The Year 2 children participated in lots of various activities to enhance their tennis skills, for which they showed great enjoyment and independence.

The Year 4 children took part in a mini Tennis competition against other schools. The children were split into pairs and had to work together to win matches. During these matches, the children were performing different strokes (forehand, backhand & serving) whilst showing great collaboration and enjoyment! Overall, they played 10 games and won 7! After these matches were finished, they were on level points with another school and had to play a first-to-5 match to determine the overall winner, which Hampton narrowly lost 5-4. They were the silver medal winners of the competition. The children were a credit to the school and played fantastically!

Four of our year 6's won sports awards within the PE partnership, Miss Quinn held a mini sports awards celebration for them to come and collect their well deserved certificate and trophy! All four of them took part in every single sports club and have represented Hampton so many times that Miss Quinn has lost count! Well done Liam, Bobby, Grace and Evie!

On Wednesday 29th January 2020, a team of 14 children from Hampton attended the Cross Country Event at Herne Bay High School. This was the first time Hampton had competed and the children applied themselves brilliantly, showing all the school values and great determination to never give up.

On Wednesday 15th January 2020, a select group of Year 5+6 children took part in the Sportshall Athletics Competition at Herne Bay High School. They competed against 15 other schools in which was a very difficult competition with the standard being so high from all the children. Each child was competing in a number of track and field events in which the scores they achieved were added together to get a collective result for the school.

Out of the 15 schools participating in this fantastic event, Team Hampton finished 3rd place with a total score of 592 points! and only 8 points off 2nd place! The children received bronze medals for their achievement. All the children gave their absolute best, showed great determination and skill with the resilience to never give up. We are all very proud of the children and they deserved their bronze medal place! Well done Hampton!

The children competed in 4 matches in what was very tough group. They grew into the competition as it went on, showcasing their Basketball skills and showing many of the Hampton values. The children showed great commitment and were a credit to the school. Well done Team Hampton! 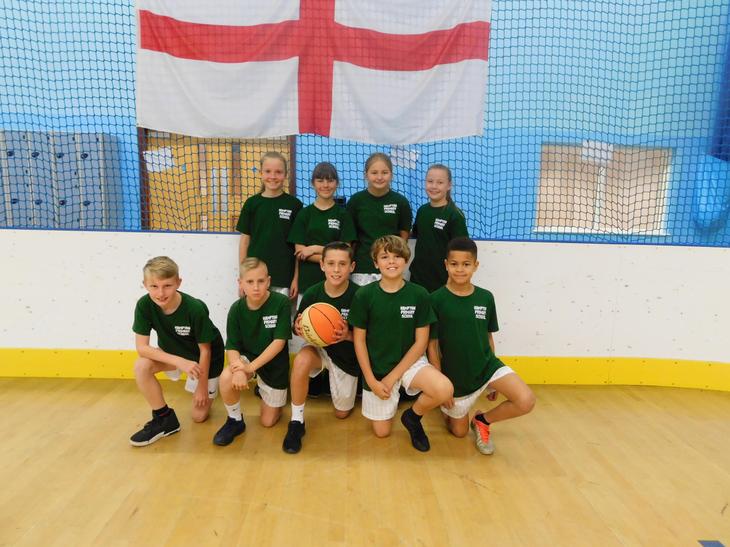 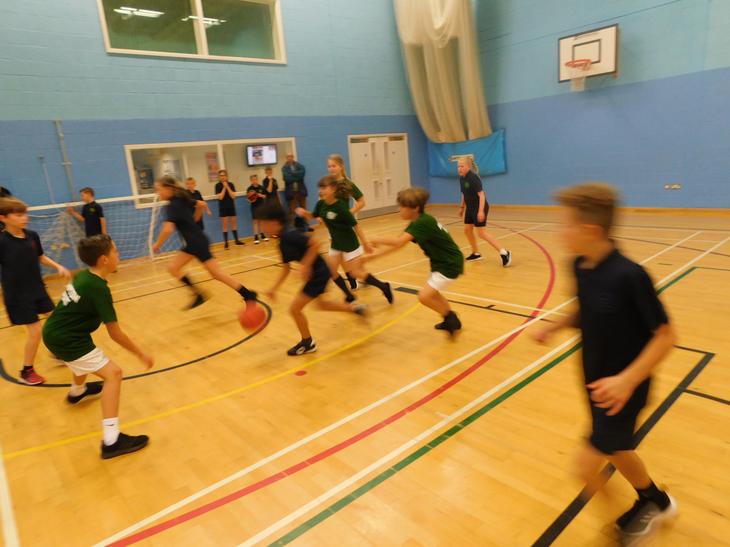 Year 2 children took part in the KS1 Basketball Development Festival, the children were involved in a number of fun basketball activities, practicing different skills and demonstrating plenty of the Hampton School values. The children enjoyed their afternoon and were a credit to the school.

On Wednesday the netball team went to Rainham to play in the Kent Finals. After the group stage in the morning the team were put into the top group and they played some very competitive games! We are so proud of their amazing efforts and they came a very impressive 5th place in the whole of Kent! Go team Hampton!

Our year 5 and 6 Dance Team took part in the local schools partnership competition, they performed amazingly and we are so proud of them! Watch the video below to see our stars in the making! 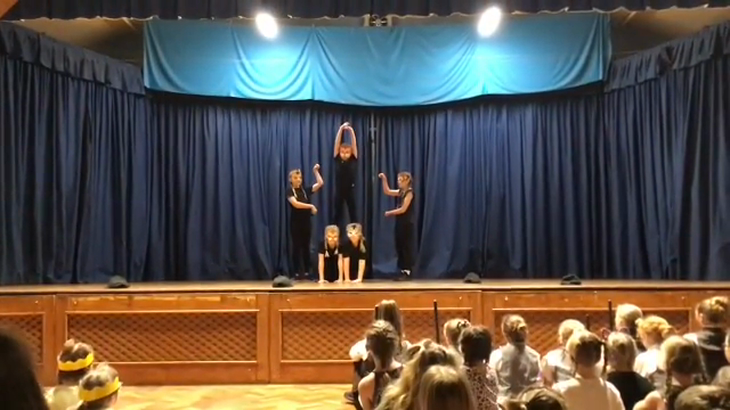 A huge well done to our fantastic year 5 and 6 Rounders Team who showed all of our Hampton Values today in the Rounders Festival at Herne Bay High School. After a high scoring semi-final for Hampton, we went through a nail biting final against Briary and won 9 - 6.5!

Yesterday our year 3 and 4 Tri-Golf team took part in the local competition at Herne Bay High School. The children worked very hard using skills they have learnt at our Tri-Golf club and showed lots of Hampton Values. Out of over 10 other local schools Hampton came a very respectable 4th place narrowly missing out on a medal. Well done to all the children who took part. You were fantastic!

On the last day of term 5, our Netball team took part in the local schools games tournament. They played really well in their group games taking them through to the semi final against Bysing Wood. This was a tough game - when the whistle went it was 4-4 meaning the children had to play for an extra 2 minutes in which Bobby scored the winning goal leading to a 5-4 win! In the finals the children played against Davington, who they had previously drawn against in the tournament; it was either teams game. The team put 110% effort into the match and demonstrated all of Hampton's Values. They were so good they won an amazing 5-0! Well done team Hampton! This now means they will be representing the partnership at the Kent Finals on the 2nd July! We are so proud of their amazing efforts.

Last week the Gymnastics teams went to Herne Bay High to take part in the local school games competition. Each child had to remember three different routines. Every child performed amazingly and represented Hampton so well! Overall the year 1/2 teams came 6th and 7th, year 3/4 team came 3rd, year 5/6 teams came 6th, 7th and 8th. Well done to all the children, you have made us proud!

Years one and two demonstrated all of our Hampton Values whilst competing against other schools in the Infant Agility competition. They showed fantastic sportsmanship and had lots of fun completing the various activities.

The year 1/2, 3/4 and 5/6 Speed Stacking teams took part in the local school games competition, they all had a great time representing Hampton and have made us all proud. Well done to the year 5/6 team who came 4th out of 14!

The year 5 and 6 Basketball team, took part in the local school games competition. They won their group:

The team got through to the quarter-finals were they won 9-0 against Swalecliffe. They were then through to the semi-final against Joy Lane, unfortunately we lost 2-6. They then went to the 3rd/4th play off, were the children worked really hard but lost 2-7. We are so proud of them, they came 4th out of 16 other schools, well done team Hampton!

Due to the popularity of tag rugby, Hampton were able to take three teams to participate in the Tag Rugby Festival at Whitstable Rugby Club! The children used the skills they had learned during PE as well as learning new skills from rugby coaches on the day to compete against teams from other local schools.  All children showed fantastic sportsmanship throughout the afternoon, congratulating other teams and their peers for their achievements.

Unfortunately not the ones with chocolate chips.

Some cookies are necessary in order to make this website function correctly. These are set by default and whilst you can block or delete them by changing your browser settings, some functionality such as being able to log in to the website will not work if you do this. The necessary cookies set on this website are as follows:

Cookies that are not necessary to make the website work, but which enable additional functionality, can also be set. By default these cookies are disabled, but you can choose to enable them below: